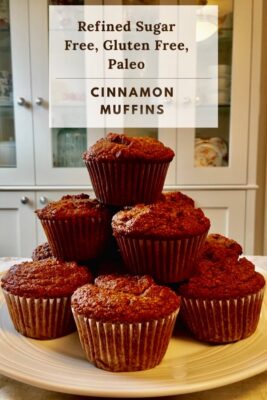 These paleo cinnamon muffins are a tasty and nutritious breakfast or snack that tastes just like dessert. They’re sweet and moist with a cakey texture and loaded with cinnamon and vanilla flavour.

I wanted to make these gluten free, dairy free, paleo cinnamon muffins taste almost like a cinnamon roll, so the recipe calls for plenty of cinnamon and vanilla and the result was really delicious.

These muffins are banana based, but if bananas aren’t your thing you could try substituting about 1 1/2 cups of apple sauce instead of the bananas  (I haven’t tried that myself yet but I suspect it would work well and will definitely try that variation one of these days!).

If you’ve got a few bananas that are getting pretty spotty and almost overripe, go ahead and use them in this recipe. Very ripe bananas are perfect in baked goods like banana bread and banana muffins.

This recipe calls for coconut flour, which is commonly used in paleo baking. It’s higher in fibre and lower in carbohydrates than all purpose white flour, so it’s a great healthy flour to use in a myriad of paleo baked goods.

Using coconut flour really doesn’t make these muffins taste coconutty at all, which is good because I wanted the flavours of the cinnamon and vanilla to be the most noticeable.

Some optional additions you could throw in the batter at the end: walnuts (or any other nuts of your choosing), raisins, fresh or frozen berries, chopped up apples, or even chocolate chips. Add 1/2 cup of any or all of these if you feel so inclined and I’m sure the result will be delicious.

Add these gluten free cinnamon muffins to your rotation of healthy on-the-go snacks to pack for school for the kids (or work for the grownups). You can bake a batch and serve them up fresh, or store them in the freezer and thaw them out as needed.

For another gluten free, dairy free, and paleo baked good, check out this paleo sweet potato bread. Or try these chocolate paleo muffins. They’re easy to make and taste like dessert, despite being quite nutritious. 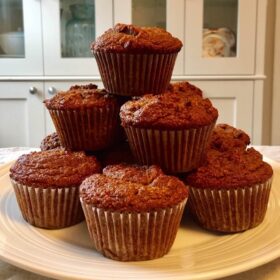 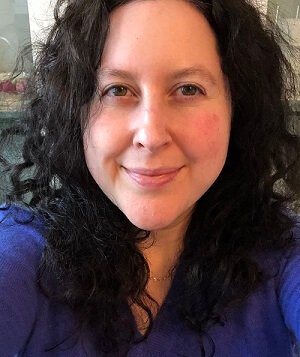 I’m Jennifer, the author at A Sweet Alternative. I’m a home cook with a passion for creating gluten free and refined sugar free recipes that call for nutritious ingredients.