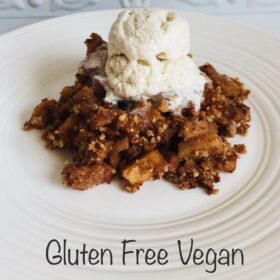 This gluten-free, vegan apple crumble with coconut flour is a cozy dessert recipe that’s perfect for fall. This vegan crumble is delicious on its own but even better topped with a scoop of vegan vanilla ice cream for an extra special treat.

This recipe would be perfect as a vegan Thanksgiving or Christmas dessert but works equally well year round. If you’re making it for the holidays and need to feed a crowd, go ahead and double the recipe and use a larger pan.

To keep this apple crumble vegan, I opted to use coconut oil as the fat in the crumble topping. I added some pecans and lemon zest as well to round out the flavors.

This gluten-free vegan apple crumble is spiced with cinnamon, nutmeg and vanilla. If you want to kick up the spice factor even more you could add a pinch of ground ginger or cloves, but I love it as is.

I think the perfect apple for this coconut flour vegan crumble recipe is golden delicious, but if you prefer a more tart apple dessert, granny smith would work well. Any apple will do, just expect some variation in texture and sweetness depending on which variety you choose.

Store this apple coconut flour crumble in an airtight container in the fridge for up to five days. 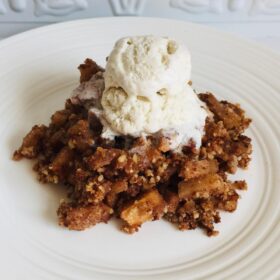 For the apple layer:

For the crumble topping: 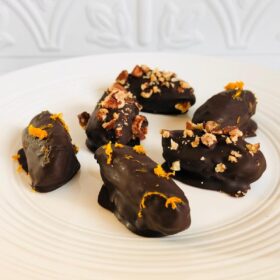 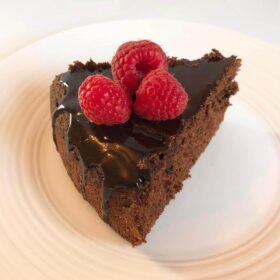 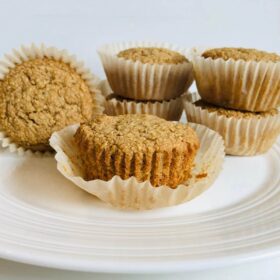 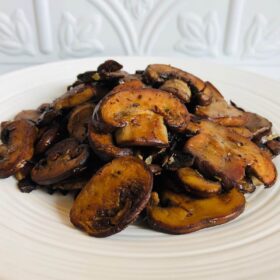 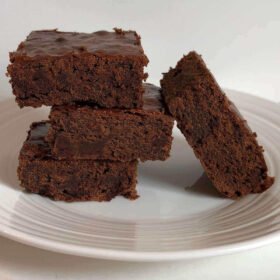 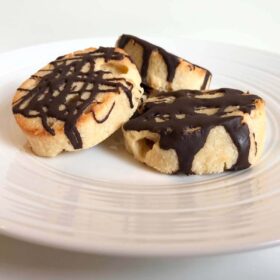